Marine biodiversity is declining because of human activities, but we can still turn it around. Our member organization Habitats gives concrete advice on how to develop our harbors and coastal areas to help life in the ocean get back on its feet.

Marine biodiversity, or blue biodiversity as it is also referred to, is er term for plant- and animal life in the oceans: Fish, seaweed, plankton, jellyfish, seagrass, shellfish, microalgae, and so on. But in recent years marine biodiversity has been steeply declining. This is not just a problem for the beings who inhabit the oceans, it’s also very much a problem for humans – and it is our actions that have caused the decline to begin with.

“Life in the oceans is a prerequisite for life on land and the world as we know it,” says Rasmus Vincentz, CEO of  Habitats, a company trying to push the biodiversity agenda. He continues:

“Half of the oxygen we use comes from the sea, and we are dependent on a lot of food and resources from the oceans. Right now, with the current rate of over-fishing, toxic emissions, and general destruction of the marine environment, we can no longer take for granted that marine life will go on the way it has done until now. Fixing the oceans will be a huge and ongoing task, but there are a lot of things that can be done, and we want to advocate that.”

Following an Urban Partnerships Roundtable back in March, we met Rasmus Vincentz to hear more about some of the concrete actions that ports, municipalities, and building developers can take to make urban environments better for life in the oceans.

At the Roundtable, Habitats presented their projects on blue biodiversity, including an overview of possible measures to help marine life in urban development projects. At the moment, Habitats’ focus is primarily on decision-makers such as politicians, building owners, architects, and the like, as they are the ones with the most influence when it comes to marine life and urban development. As Rasmus Vincentz says, one person, organization, or country cannot save the oceans just like that, but there are a lot of different initiatives that can help, like the following solutions:

This is a solution for larger developments or remodeling of harbors. Many harbor areas have become too bare, with nowhere for fish to hide, and water plants and microorganisms to hang on to, so using complex surface structures in harbor installations would make the area more livable for marine life. With larger-scale developments of harbors, it is also possible to rethink the way land and sea interact. Right now, most harbors have very clear borders: this is land, and this is the ocean. If we instead made more space for the ocean and integrated it better, it would be easier for people to relate to and get an understanding of blue biodiversity.

This is a smaller scale solution and includes making the oceanfront more livable for marine life by creating spaces for them to inhabit: ropes, floating structures, lowering of shipwrecks, and “fish kindergartens” which are little open cages with seashells and the like, where small fish can hide. A diversity in structures helps along with a diversity of life.

Having destroyed some of the habitats for marine life, an option is to try to restore or remake them again. This includes establishing or rehabilitating stone reefs, eelgrass, mussel beds, and coastal wetlands.

Knowledge and facts are key when it comes to making a change. There is already a lot of research on the subject, the next step is to make sure that this information becomes more widely available and acknowledged.

One of the challenges with blue biodiversity is that not many people know about the crisis we’re facing. In everyday life, you don’t encounter the lack of diversity – if you go to the fishmonger, you might not notice that there is no longer herring from the Baltic Sea, where herring used to be plentiful if there is still herring from somewhere else. If you look at the harbor or the ocean, you don’t see what is lacking beneath the surface. A very important component of helping blue biodiversity is therefore spreading awareness and public knowledge, possibly through artistic means, because the artist can convey stories in an entirely different manner than e.g., research articles.

Habitats have developed a catalog about marine biodiversity and urban development aimed at decision-makers in the Nordic countries. Find a link for it at the bottom of the article.

A New Way of Thinking

As the last item of the list suggests, it is of course important that we create concrete solutions in our harbors and coastal areas but countering the blue biodiversity crisis also entails a change in the way we think about and relate to nature, says Rasmus Vincentz:

“We have to understand that we come from the ocean, and we are connected to it – our societies depend on it. So, we must reconnect with the oceans in a way that isn’t based on exploiting, overconsumption, toxic leaks, and emissions. We must form our societies in a way that relates to the oceans differently and makes the conditions for it better instead of worse. We need to find that cohesion between land and sea again.”

To do this, one of the things Habitats works with is creating experiences and spreading knowledge of the ocean and marine life to help reconnect people to the sea. In their approach it doesn’t make sense to speak of biodiversity as purely a question of animals and plants – humans need to be part of the equation and solution. And helping blue biodiversity is an urgent challenge:

“It is critical that we start acting now. I almost can’t imagine anything that is more important right now, because as I’ve said, functioning oceans is a condition for life as we know it. Part of it is stopping the ongoing destruction, and part of is creating societies where oceans and marine life play a larger part and thereby recreating the connection between human life and life in the oceans. Right now, the conditions are so bad that even a little effort – like making fish kindergartens – goes a long way. But it will be a long and ongoing project for many years to come to turn the blue biodiversity crisis fully around,” says Rasmus Vincentz and adds:

“But that is just a reason for starting right now instead of later.”

If you want to learn more about blue biodiversity, Habitats have published a catalog on the subject, which also includes a more thorough introduction to marine life and biodiversity, as well as practical information on how to include it in urban developments and cases on the five solution ideas mentioned above. The catalog is in Danish.

BLOXHUB and the surrounding area has been sizzling

GETTING READY FOR THE GRAND DÉPART 🚴🚴🚴 T 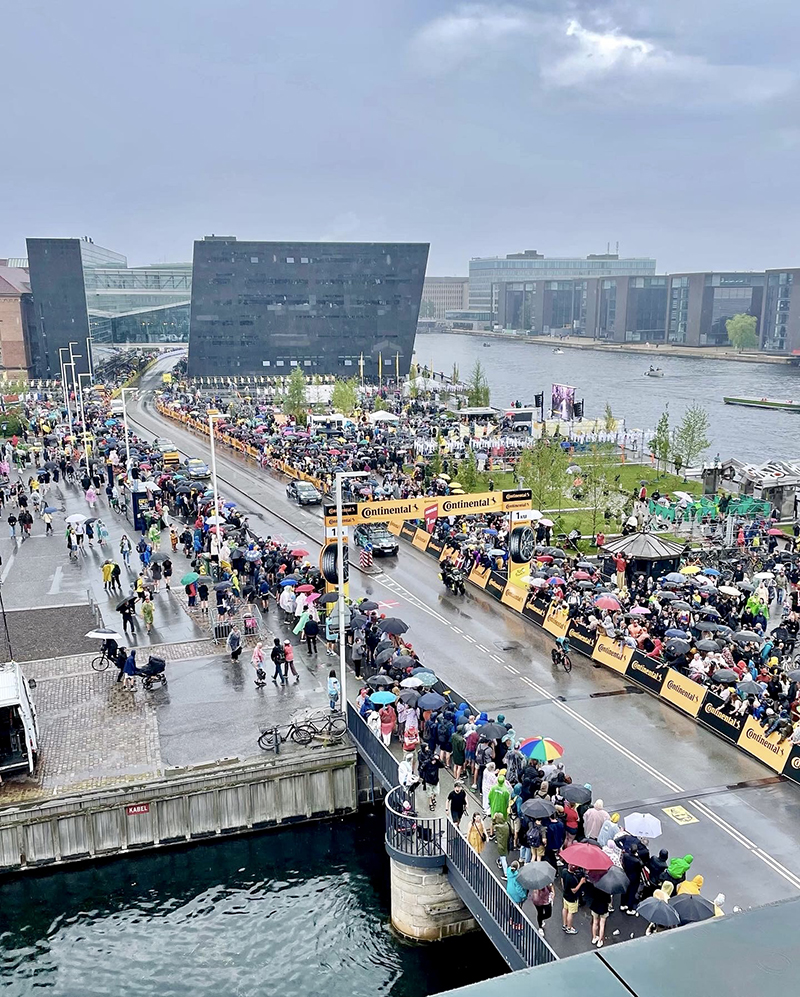 #TourdeFrance Grand Départ is happening right under and around the BLOX building. We’ve hosted a mobility event with @koebenhavner during the day for international stakeholders, and now it’s time to enjoy - we've invited our members to join our Grand Départy #letourdk #TdF2022 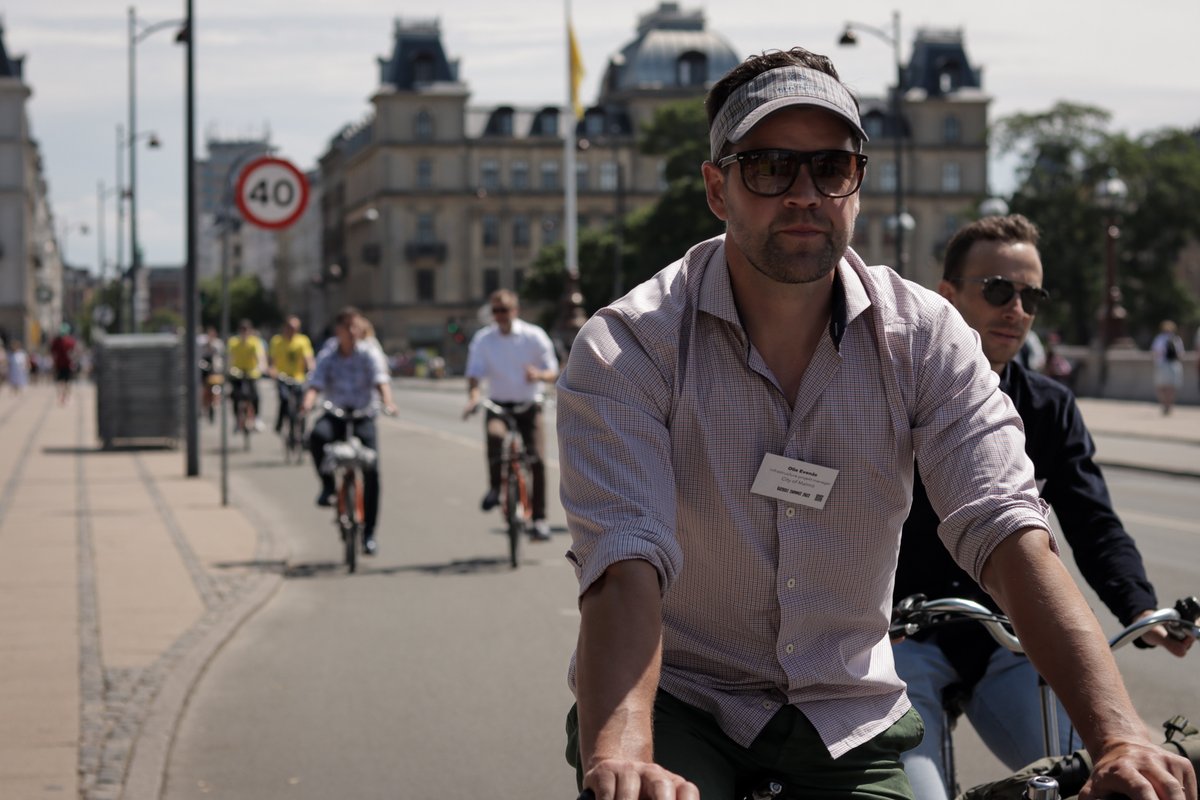 Taking international stakeholders out to try the route ahead of the Grand Départ tomorrow as part of the International #BicycleSummit, hosted by @koebenhavner. We have more events planned for tomorrow when the cyclists will ride right under the BLOX building. #letourdk 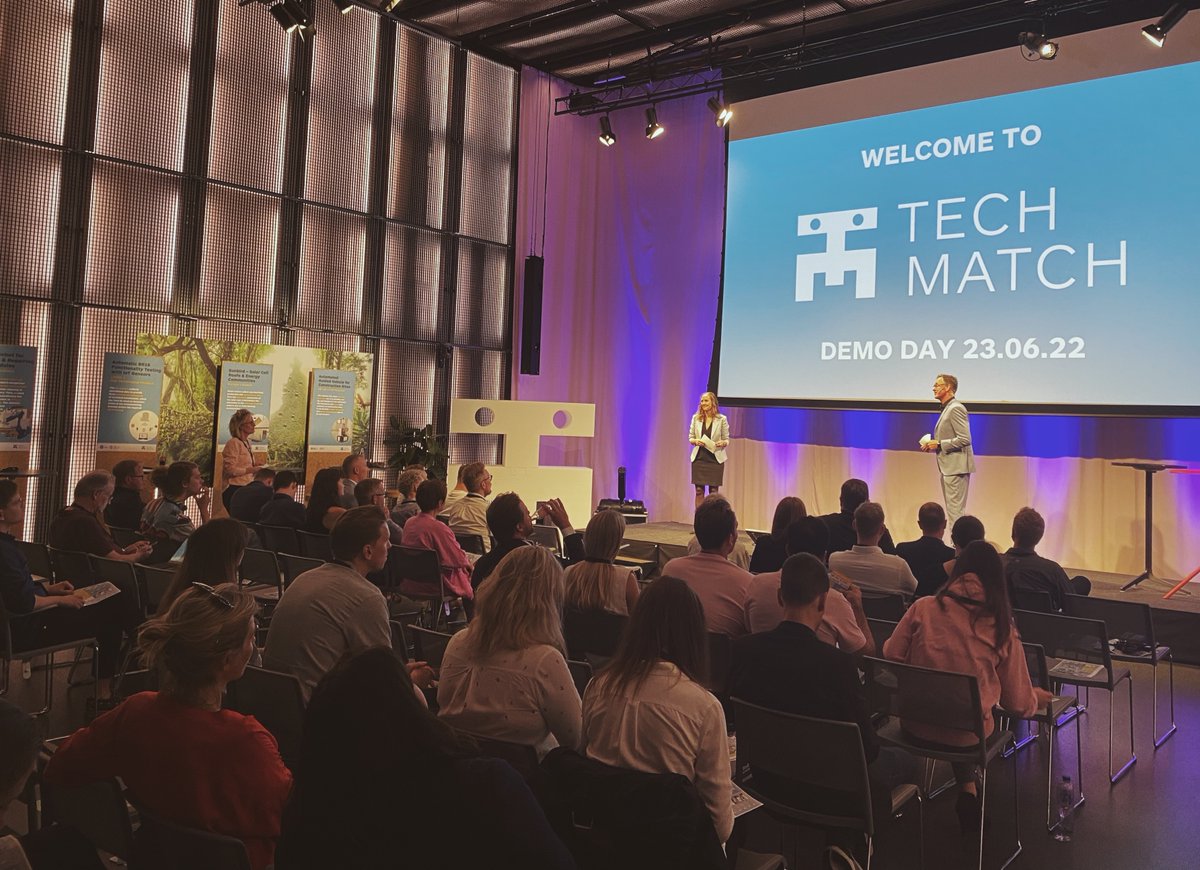 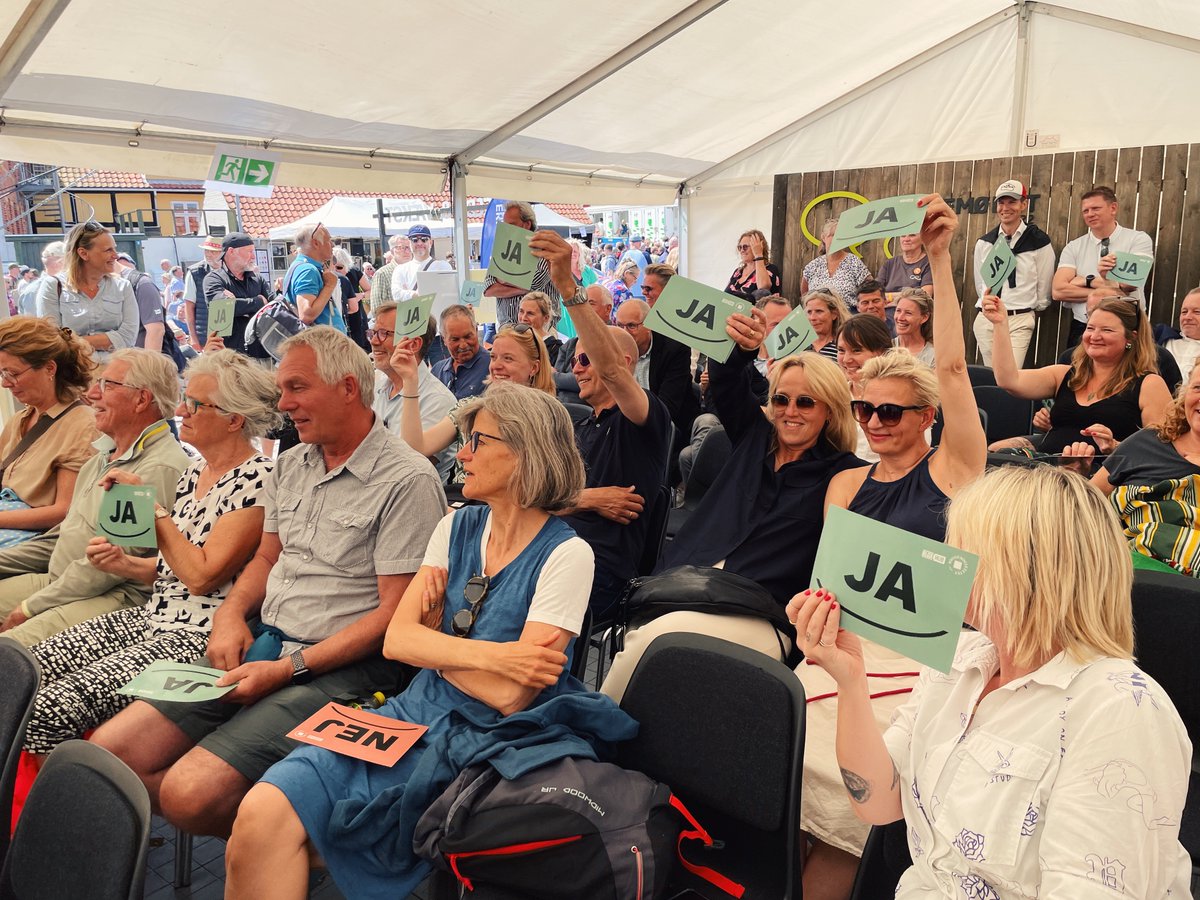